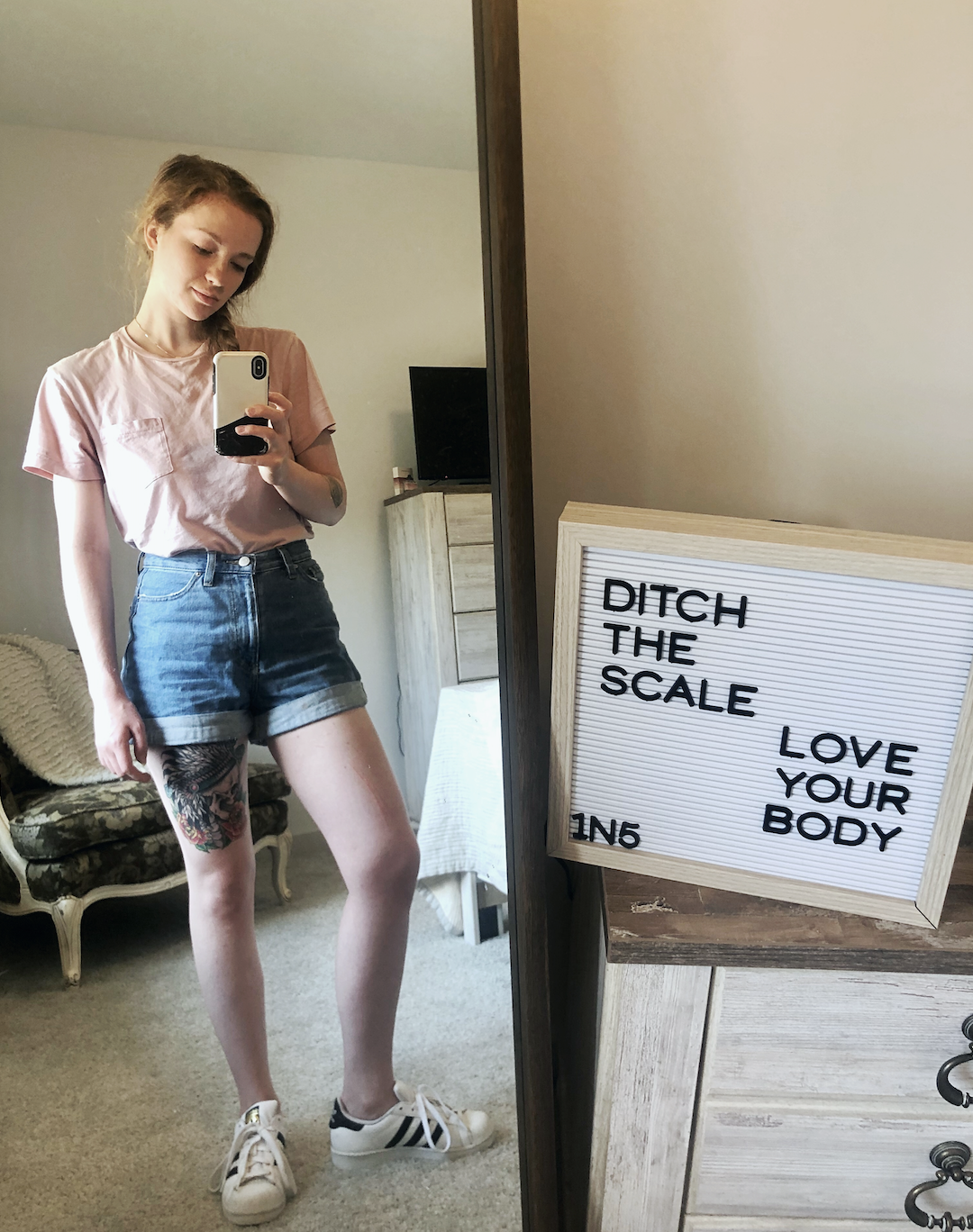 About a month and a half ago, I got rid of my scale, and it was the best thing I’ve done for my mental and physical health in a long time.

At the end of June, I moved into a new apartment, and I decided not to bring my scale with me. Before then, I would weigh myself at least once, if not twice or three times, per day. I’d weigh in first thing in the morning and usually at the end of the day, too. I didn’t realize how toxic that was until I stopped doing it.

I have struggled with disordered eating and body dysmorphia for several years, and it was at its worst my sophomore and junior years of high school. All through college, I was doing well in my recovery. Over the past year and a half, though, I began losing weight unintentionally. At first, it was fine. I was exercising a lot and training for my first marathon (which got canceled anyway), and I was eating enough to maintain a weight I was happy with for a while.

But then COVID hit. I was stuck inside. I didn’t have anywhere to go to keep running; there were no parks close to my house. I was afraid and upset. I lost my major income source for awhile. And I stopped eating as much as I should have. It wasn’t even intentional at first. The one routine I maintained was weighing myself every day. I saw the number on the scale going further and further down, and my mental and physical health dropped with it.

A couple of months ago, my weight was the lowest it had ever been, and those unhealthy habits from high school started trickling back into my life. I became so obsessed with seeing the number on the scale go down that I let my mental and physical health suffer.

When I was moving from my old house to my new apartment, I actually unintentionally left the scale behind. We didn’t move everything in one day because my leases overlapped about a month or so. We were in a little bit of a hurry the day we moved my bed, so I decided to wait on bringing smaller stuff (including my scale). When we went back a few days later to get totes and boxes, I decided not to bring it again. Every day that passed made it easier not to step on that scale. It made it easier to not know my weight, to eat, to enjoy life without the fear of an insignificant number looking back up at me.

Today, I don’t know my weight. I don’t want to know my weight. I do know, however, that I’m eating every day. I’m eating to feel full and healthy. I go to the grocery store at least every other week, and I try to buy and consume foods that make me feel good. And if I want to take a break from healthy foods, I eat pizza. Or I eat ice cream (dairy-free Ben and Jerry’s is my go-to). And I don’t punish myself for it.

I’m still not 100% confident in my body, and I don’t know that I ever will be. I do love it though, and I want to nourish it and take care of it the best I can. If not knowing what reads on that little LED display can help me achieve that, I think I can sacrifice that number.