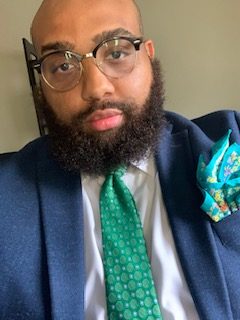 This week for #freeyourmindfriday, Brandon J. Johnson, M.H.S. took over our Insta stories to talk about mental health in the time of a national crisis. Check out his bio below, and head over to Instagram to see what he had to say!

Brandon J. Johnson, M.H.S. is a tireless advocate for positive mental health and suicide prevention services for youth and adults across the country and within the local community of Baltimore, MD.  Brandon earned a Bachelor of Science Degree from Morgan State University in 2008 and a Master of Health Science Degree from Johns Hopkins University in 2012.  Currently, he serves in the Federal Government working on suicide prevention.  He provides guidance to states, tribes, and healthcare systems on suicide prevention initiatives.  Another highlight of Brandon’s career is his current role as the Co-Lead of the National Action Alliance for Suicide Prevention’s Faith Communities Task Force.  The group works with faith communities all over the nation to equip them with tools and resources to combat the often stigmatized issue of suicide.  Brandon has lead numerous projects to develop resources and materials to specifically prevent suicide among African-American youth.  Previously, Brandon served as the Director of Suicide and Violence Prevention for the State of Maryland where he worked in communities throughout the state to help develop strategies to end violence in various forms, such as community violence and human trafficking.  In this role, Brandon also worked on the MD Governor’s Commission on Suicide Prevention as well as organized the annual Suicide Prevention Conference.  Outside of his career, Brandon works with youth as a part of the Royalty Youth Ministry of Morning Star Baptist Church in Woodlawn, MD.